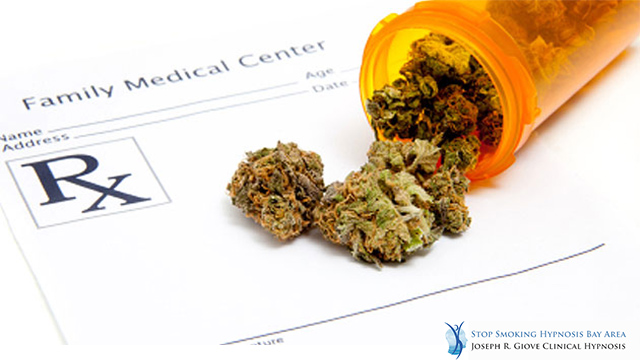 Marijuana, or weed, has been used for thousands of years by many different cultures around the world. However, its use has become controversial in modern society.

The active ingredient in marijuana is THC (tetrahydrocannabinol), which gives the user a “high” that can last for minutes or hours, depending on the strain of weed being smoked. Marijuana is still a Schedule 1 narcotic substance in the United States and Canada, along with heroin and acid (LSD) among other drugs.

Although marijuana is still in the process of being legalized, the penalties for possession and consumption can be severe in some states. Penalties can range from small fines, to time behind bars. Punishments such as these can have a detrimental effect on a person’s life, and the life of their family.

So why do people smoke marijuana?

This article will discuss some of the potential reasons for smoking weed including medical reasons, social situations, managing stress, and simply getting high.

The use of cannabis (weed) is now being used to ease the pain of people that are suffering from diseases such as Multiple Sclerosis, HIV/AIDS and other ailments that require pain management. Basically, medical marijuana is used for pain relief, and can also help with symptoms such as nausea that often come along with chemotherapy treatments. These treatments can be very intense and people use marijuana to cure to their discomfort.

While medical marijuana is legal in Canada and there is no legal penalty in 24 of the States in America, as well as the District of Columbia, it is basically being used as an opiate. There are no long term, scientific studies to prove that weed cures any diseases, however, it is most commonly used as a pain suppressant and not an actual treatment.

While ingesting medical marijuana does relieve pain temporarily, there is no evidence that it is a cure for any underlying pain.

As with smoking cigarettes, there is often a social stigma that factors into why people may begin to smoke weed: they may feel pressured into it.

For teenagers, smoking weed is seen as the “cool” thing to do and many are coerced to try smoking weed before they want to. Trying to fit into what society wants is the largest factor driving adolescents to start smoking weed, and they can then become addicted to it.

Smoking marijuana is almost the same as smoking cigarettes in terms of risk factors. Nicotine in cigarettes is stronger that the THC that is found in marijuana, but both have the same chemicals that can make a person addicted.

Smoking in general is now being outlawed in most public places in North America, and is gradually falling out of favor in many social scenes. Because of this, younger people will often smoke weed in closed social situations such as parties and other intimate social gatherings. Now that smoking weed is no longer a social norm, smoking away from the public eye is now what the younger people must do.

Smoking weed produces a “high” that comes in the form of relaxation and the feeling of positive emotions instead of negative ones, The injection of chemicals into the brain from smoking weed will naturally nullify certain pain receptors.

In addition to pain management, smoking weed can also decreases stress in the same manner.
Marijuana smoke can theoretically reduce the pain and suffering of people with anxiety disorders and seizures for a small amount of time.

Smoking weed is also an effective tool to provide an increase in appetite and a reduction of nausea for people going through chemotherapy or other traumatic procedures. However, smoking too much weed can lead to paranoid behavior, the exact opposite of the intended effect of marijuana.

This is an important factor to consider, and many people may want to quit smoking entirely. Clinical Hypnosis and Hypnotherapy is one of the most effective ways to quit, and hypnotherapist Joseph R.Giove has over 30 years of experience in the smoking cessation field.

Just to Get High

The governments of many countries around the world have certain misgivings about the legality of marijuana. It is still a Schedule 1 drug in the United States and it will be that way until Congress passes a law saying otherwise. Until that day, it is illegal to smoke weed in the United States. That being said, people still use weed just to get a high the same as using other Schedule 1 drugs like heroin and acid.

Clinical Hypnosis and Hypnotherapy Can Help You Quit Smoking Weed

There is no long term scientific studies to determine the precise side effects of smoking weed for a long period of time. While some of these studies suggest that smoking marijuana when in pain helps ease a person’s suffering, the greater health effects to a person’s lungs and brain may be more dangerous. Joseph R. Giove can help you overcome your addiction to marijuana.