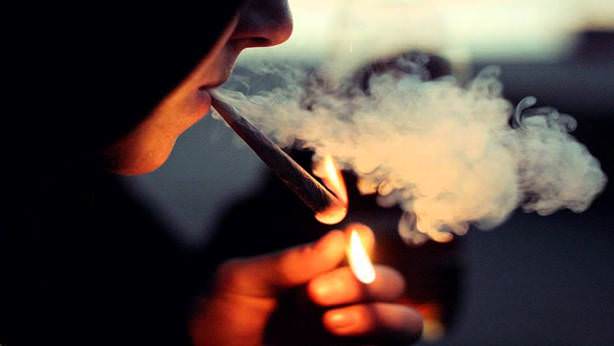 Marijuana, or weed as it is also called, has been making major news headlines recently as several states in the US and many other countries moving to legalize or decriminalize this otherwise Schedule 1 drug. This, coupled with the ongoing discussions and studies surrounding its use in the medical field, ascertaining whether smoking weed is bad for you can seem confusing.

It is important to note that despite certain specific medical benefits for particular illnesses as administered by a medical professional, overall smoking marijuana is not ‘healthy’. It would be fair to say that weed is less damaging to your health than cigarettes, but it is still by no means healthy. Cigarettes contain over 4000 chemicals and many of them are carcinogenic. Many of these same chemicals are also found in marijuana if it is not grown certified as organic. Marijuana, more commonly known as weed, is a natural plant, as is tobacco. However, both of these natural plants are often then combined with thousands of chemicals.

Unfortunately, there are certain social groups that are more likely to smoke weed when the time comes to make a healthy choice. Pregnant women, breastfeeding women, and young people are the most susceptible to this drug.

The Chemicals in Marijuana

While cigarettes bear the brunt of more than 4000 incredibly harmful chemicals, this is not to say that marijuana doesn’t also contain its fair share. Scientists have identified 483 different chemicals in marijuana including THC (delta-9-tetrahydrocannabinol), which is the active ingredient in weed that gives the user a ‘high’. However, many of the other chemicals found in marijuana can be harmful to the body as well. Some of these chemicals include:

Particularly when purchasing weed ‘on the streets’, or from anywhere other than an official weed dispensary, there is no scientific way of accurately knowing what precise chemical components are contained therein. Different growing environments, planting methods, soils used and fertilizers can contribute their own chemical components to various strains and strengths of weed.

Unfortunately, and perhaps do to the lack of studies on the subject, many women do smoke weed when they are pregnant. Often the motivation for this is due to the calming and pain reducing effect that marijuana can have. There are any number of pains that can come with pregnancy such as back pain, leg pain and headaches, to name a few. Smoking weed, specifically the active ingredient THC contained therein, gives the user a sense of pain relief from these sometimes excruciating pains. This being said, there are some studies that have concluded that babies born to mothers who smoked weed while pregnant were at higher risk of being born with the following issues:

When a woman is pregnant everything she puts into her body can be transferred to the baby through the amniotic sack. Likewise when a new mother is breastfeeding, chemicals from marijuana including the active ingredient THC can be transmitted through the breastmilk and ingested by her baby.

Marijuana Use in Adolescents

Despite recent legislation in certain states and moves to decriminalize weed, marijuana remains illegal in most of the United States and Canada. Marijuana is still a Schedule 1 Drug along with Heroin and LSD and it is nevertheless by far the most widely used drug among young people. Its illegal status means that young people must interact with criminals and drug dealers in order to procure it, which can put them in dangerous situations. If they are caught with weed by the authorities, they can also face jail time. In fact, in the United States, about half of all people in federal prison are there due to drug possession charges.

Smoking weed can also affect young people’s growth and development. Smoking weed for extended periods in a person’s youth can have the following health effects as they grow older:

While smoking, inhaling, or ingesting weed may not be as dangerous as smoking and ingesting nicotine from cigarettes, they share many of the same attributes. While the quantities are lower, there are still several of the chemicals found in cigarettes that are in THC. These chemicals, when smoked, will produce a thick tar that eventually builds up in the lungs the same way nicotine does. Just as smoking cigarettes can lead to severe health problems stemming from problems with the lungs such as lung cancer, so can marijuana use.

Marijuana use can pose significant health risks to anyone who smokes it in addition to being disruptive to your daily life due in part to the ‘high’ achieved by its active ingredient, THC. More and more studies are being done every day to examine both long-term and short-term effects and just how much damage smoking marijuana is causing the human body. Being weed free and smoke free in general is by far the healthiest way for you and your loved ones to live happy, healthy lives.

Joseph R. Giove uses Clinical Hypnosis and Hypnotherapy to gently reset your brain patterns in order to diminish your desire to smoke weed. He uses no outside chemicals or carcinogens as other ‘quit smoking’ techniques may use. Only the power of the mind, which in the end, is our most powerful tool.