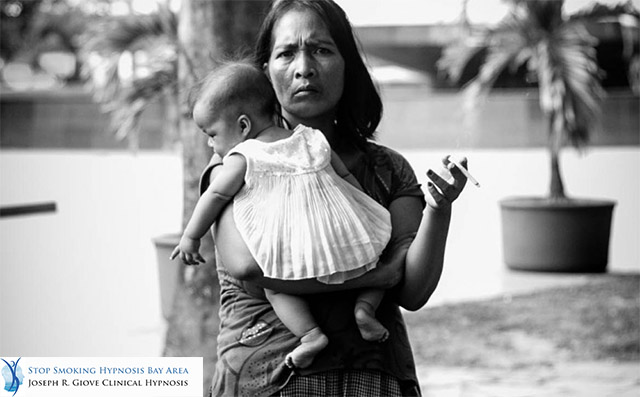 The effects of smoking and nicotine on adult men and women as well as children and youth are well documented. There is a laundry list of adverse effects, both physical and psychological that those who smoke are subjected to. Also well documented are the harmful effects of secondhand smoke on both smoking and nonsmoking individuals. But what about newborn infants with smoking mothers, specifically those who require breast milk?

Smoking carries with it many health risks, not only for the mother as we well know, but for the newborn baby who rely on their mothers for sustenance, ingesting all their vitamins, minerals, protein and anything else that may be present in breastmilk – such as nicotine. In this article we will explore the often overlooked risks smoking inflicts on both mother and baby while breastfeeding.

The Health Effects on Mother and Baby

There are many factors that can adversely affect a newborn baby when the mother continues to smoke while breastfeeding. Not only does it affect the baby, which we will discuss further on, but it can affect the mother’s ability to care for a newborn baby. Some of these include:

Is It Safe to Smoke While Breastfeeding?

First of all, it should be stated that smoking and ingesting nicotine in any capacity are hazardous to any individual’s health, regardless f they are breastfeeding. The health benefits of quitting smoking are enormous to both the mother and the baby. Simply not breastfeeding in favor of smoking is also not ideal for the health of a newborn.

One of the larger issues related to smoking while breastfeeding is the second hand smoke, which the small child will now be exposed to through both the milk they consume as well as through the air they breathe. The damaging health effects to a baby when one or both parents smoke greatly exacerbates their chances of contracting many dangerous health conditions. While quitting smoking as soon as possible is the best option, there are also some ways to minimize the health risks to a breastfeeding baby in the meantime:

There are many problematic side effects to smoking while the mother is breastfeeding. Some affect the mother, but unfortunately most affect the baby – its development, and overall health for many years to come. There are many ways to quit smoking, but many include nicotine and other substances that will continue to seep into the mother’s breast milk, and in turn their babies. Hypnosis and Hypnotherapy have been proven to help many people quit smoking, and uses no chemicals. Hypnotherapy relies on the power of the mind to help alter behaviors, alleviate cravings and leave cigarettes behind forever.

Joseph R. Giove is a licensed Clinical Hypnotist with over 25 years of experience helping mothers and mothers-to-be (as well as many other people) to quit smoking. His methods are very effective and use no additional carcinogens or chemicals that are in many other quitting devices such as the patch or E-cigarettes.

If you or someone you know wishes to quit smoking for the benefit of the prolonged health of themselves, their baby or those around them, then the Joseph R. Giove Clinic can help.