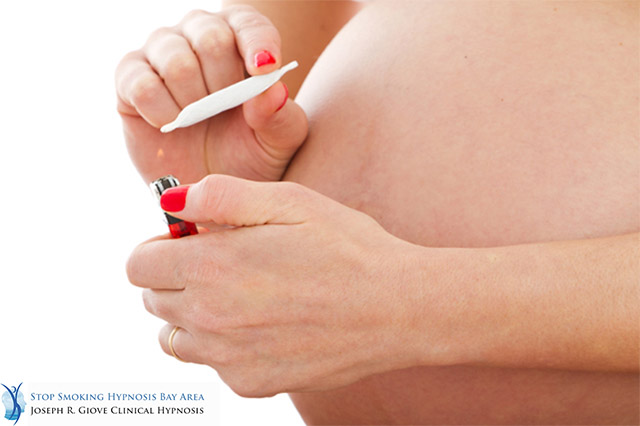 Marijuana use has become increasingly popular in recent years, particularly since it has begun to be decriminalized in parts of Canada and the United States, as well as many other countries around the world. With the use of medical marijuana on the rise, governments and scientists alike have begun to analyze long term health effects, both beneficial and some detrimental. Particularly, they have been looking into the previously neglected area of marijuana’s effects on fetuses, newborns and expectant mothers. In this article will explore the effects that some of these new studies have uncovered regarding marijuana use while pregnant.

The official name for marijuana is cannabis, but it is also known by a wide variety of other names such as: pot, bud, mary jane, and weed. There is a specific chemical in the Cannabis plant called delta-9-tetrahydrocannabinol, or THC, which, when smoked or eaten gives a psychoactive effect, or “high”. When cannabis is smoked in some forms, such as a “joint” (a rolled marijuana cigarette) the user is exposed to carbon monoxide because of the burning of the leaves and the resulting tar that is produced. It is this tar and carbon monoxide that that can build up in the lungs and cause health problems, much like a cigarette.

Why Some Women Use Marijuana When Pregnant

The long term effects of marijuana on adults are still fairly inconclusive but the short term effects are very well known. When marijuana is eaten or smoked, it produces a high that causes the user to have, among other things, an increased appetite. Some pregnant women experience morning sickness, which is sometimes intense nausea most common in the first half of the day.

Some women have found that after ingesting marijuana, their appetite increases and, more importantly, they can keep the food down. Some women experience such intense nausea and vomiting that they may even become hospitalized for dehydration. This is called Hyperemesis Gravidarum and can be potentially harmful to the baby and the mother. Also, keeping the mother well fed is the only way to ensure the unborn baby is well fed, and the only way to do that is eat food and keep it down. Some pregnant women find that marijuana can help alleviate these symptoms.

Another reason for women wanting to use marijuana while pregnant is for pain relief. There is any number of pains that women may experience while pregnant, as her body will be going through many changes. Back pain, foot pain, knee pain, any pain really can be relieved by the effects of marijuana. The pain itself isn’t subsided per se, but the body becomes more relaxed and the mind is distracted from focusing on the pain.

With marijuana use the mind will relax, which can greatly help to ease anxiety. Anxiety is another common complaint from many expectant mothers, as there are numerous things that pregnant women can get anxious about. Anything from something small like how much sleep she is getting all the way to the changes in her body and bringing a child into this world, is reason enough to develop anxiety. Marijuana can relax the mind and help ease these worries.

The Health Effects of Marijuana

It should be noted that the health effects of marijuana on pregnant women are still being studied and the minimal studies that have been done have been mostly inconclusive, especially regarding the long term effects. Delta-9-tetrahydrocannabinol (THC) is the active ingredient in marijuana, and studies have shown that it can be absorbed through the placenta and into the unborn baby’s bloodstream. Because of this, there can be some birth defects that pregnant women may be putting their unborn babies at risk for, such as:

After the baby is born there also may be risks such as a higher pitched cry, different responses to stimuli, and increased trembling. Other symptoms can include symptoms resembling Attention Deficit Disorder. These can be attributed to the baby going through withdrawals and can usually last around ten days.

There have been relatively few studies looking at the effects of marijuana on pregnant women and unborn children. Even the few studies that have been conducted have largely been inconclusive. Marijuana is still illegal in many states and countries around the world. For this reason, many women would be compelled to lie when asked if they took the drug for fear of judgement, imprisonment or even having their child taken away from them.

Another complicating factor is that even if a pregnant woman admitted to using marijuana, there is a chance that she is also smoking cigarettes, drinking, or both, which are much more dangerous to the baby and complicates the study of marijuana’s effect in particular. Some tests say that smoking marijuana gives the baby a higher chance of going to the NICU (Neonatal Intensive Care Unit) and others say there is little to no evidence linking smoking marijuana and any birth defects. All in all, when considering the life and health of another, it seems better to err on the side of caution.

The research regarding smoking marijuana while pregnant is very much in its early stages, and much is lacking. Some of the tests seem to suggest that marijuana causes birth defects, while others find no connection to birth defects at all. Where cannabis is still illegal, it is still considered a Schedule 1 drug, a category which also includes heroin, lysergic acid diethylamide (LSD) and Ecstasy. However, the Commissioner of the National Football League is considering using marijuana for pain relief for players and even President Obama says he does not believe marijuana is more dangerous than alcohol. As we can see, there are conflicting ideas in the media about the potentially dangerous effects marijuana may have.

The ideal way to have a happy and healthy baby, from birth and throughout their life, is to refrain from ingesting harmful substances in any capacity while pregnant. Quitting smoking of both nicotine and marijuana will go a long way to achieving this goal, and Joseph R. Giove can help. He is a licensed Clinical Hypnotist and has over 25 years of proven experience. Clinical Hypnosis and Hypnotherapy work by putting the mind into a relaxed state that is open to suggestion and gently changes the thought patterns of the smoker to not crave cigarettes or cannabis. His methods are extremely effective and use no additional chemicals or carcinogens. Joseph R. Giove Clinical Hypnosis can help mothers and their babies have a healthier and easier pregnancy.