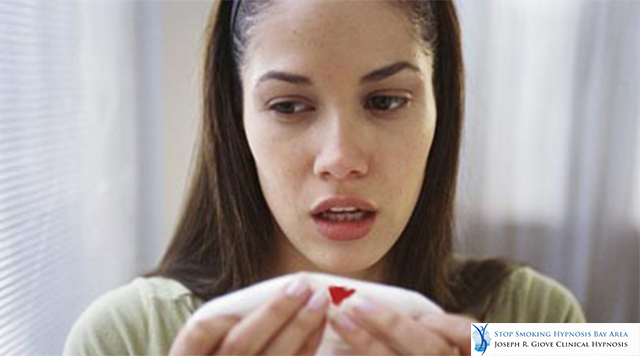 Smoking has been part of this country for centuries. After all, tobacco farms were part of the earliest economy in the nation. But today, things are changing. Medical science has recognized the numerous dangers associated with smoking and most Americans have taken steps to stop smoking. Teen use of cigarettes is lower than ever, and the number of people using them in general is falling annually.

But along with the decline in smoking traditional cigarettes has come a dramatic rise in the number of people using electronic cigarettes. Also called e-cigarettes or e-cigs, these devices are marketed as a safer way to stop smoking. And thanks to the marketing and the various flavors offered, these trendy devices are growing in popularity among everyone – including teens.

But are they really safe? There are plenty of things you need to understand about these e-cigs including the fact that many users report spitting up blood after use. That’s just one issue, but it’s one that can be incredibly alarming. At Joseph R. Giove Clinical Hypnosis, I think it’s important to take a closer look at these devices and why when you’re ready to stop smoking, hypnosis is a better option.

What Is An E Cigarette And How Does It Work?

First, you’ll want to learn the basics of what an e-cigarette is. These units are either shaped like a cigarette, or shaped somewhat like a pipe with a large box-like chamber with a thin column coming out of it. Either way, they work with the same basic principle.

A chamber within the e-cig is filled with a liquid mixture including nicotine and a compound similar to water. Flavorings ranging from mint to cotton candy and beyond may be added as well. When the user takes a ‘drag’ from the electronic cigarette, a battery activates a heating element which vaporizes the fluid inside. The resulting vapor is inhaled like one would inhale smoke from a cigarette.

The idea is that since you’re inhaling only vapor and nicotine, these are a safer option than traditional smoking. But while there are fewer carcinogens found within the e-cigarette vapor so far, there are still risks that have been found – and more likely will be uncovered in the future.

E Cigarette Use And Spitting Up Blood

One problem that many e-cigarette users report experiencing is spitting up blood after use – whether short term or long term. This issue can also occur with traditional smoking, and some online forums suggest that the blood and phlegm being coughed up is actually caused by your body getting rid of the remnants of your smoking past, not by the electronic cigarette itself.

But consider some of the following reasons that an e-cig can cause you to spit up blood and you’ll see that it goes beyond just ‘I used to smoke’ as an excuse.

All in all, your respiratory health is directly related to how you take care of yourself and your body. While e-cigs might very well be safer than cigarettes – and the evidence isn’t conclusive on that yet – the fact remains that every puff you take off an e-cig is putting your body at risk of damage. That damage can directly lead to spitting up blood.

The Problem With The Research

There’s a big problem when you start looking at e-cig related research that needs to be addressed as well. That problem is simple – the evidence is too new. There haven’t been nearly enough studies into e-cigs yet. However, the research that has been done has uncovered that they’re not as safe as once thought. In fact, just the flavorings used in them have been found to contain multiple types of cancer causing compounds.

And because electronic cigarette use is still so new, it’s too early to know about the long term effects of these products. There are ongoing studies happening now, but at the moment we’re just not sure how they will impact the health and wellness of users on a long term basis. Some additional research may uncover more reasons that spitting up blood could occur from e cig use.

Simply put, stopping smoking is one of the best steps you can take for your health. But that includes all types of smoking – even electronic cigarette use. As such it’s important that you consider taking the right steps towards a healthier you.

Spitting up blood is cause for concern for sure, and could be a sign of an even more serious problem. E-cigarettes can irritate the airways dramatically and as a result of this, they’re not a ‘stop smoking safely’ option. Instead, consider using natural and highly effective methods of putting down the smokes for good. Hypnosis is one option that is backed by decades of research, and one that’s much healthier than the e-cigarette can ever be – and you won’t have to worry about spitting up blood when you use it, either.