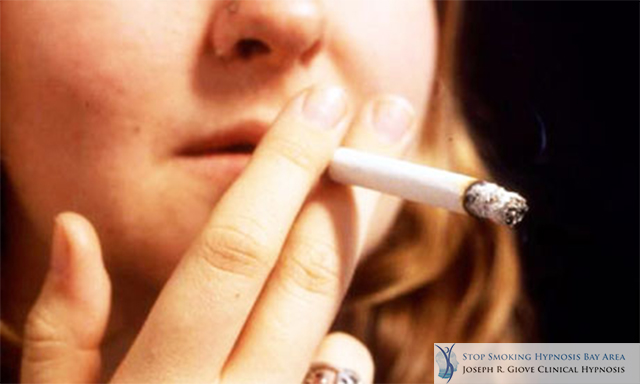 Everyone knows that cigarettes are nicotine filled, cancerous, disease causing sticks of tobacco. There are warning labels, educational films, pictures, stories, movies, lawsuits, and everything in between to tell the public that cigarettes are dangerous. So why do people smoke? This article will discuss the origin of cigarettes, the ways people start smoking cigarettes, why they continue to smoke cigarettes, and how hypnotherapist Joseph R. Giove provides the best way to quit smoking.

How it All Started

Tobacco was the first crop grown in North America for money in Jamestown, Virginia in 1612. The cash crop paid for the American Revolution and was even grown by George Washington himself. By the 1800’s people were chewing and smoking small amounts of tobacco, then, the first commercial cigarettes were sold in 1865. In 1881 the first cigarette making machine was invented and soon it was producing 1 billion cigarettes per year.

Today, governments are restricting the smoking of cigarettes in every way that they can.

With all these restrictions and warning labels, the public is still continues to smoke cigarettes. This begs the question, why?

The most common reason for people to start smoking is peer pressure. By far, peer pressure is mostly focused on teenagers and their confused, hormone addled state of mind. Young people that are no longer dependant on their parents and starting out in the world on their own are ripe for being pressured into smoking.

The field of genetics can predict almost anything now days, but there is still not a clear link to a specific gene that leads to smoking. Rather, it is more like a number of factors such as ethnicity, and other health and social factors, plus genes that come together to make people susceptible to cigarettes.

Parental influence is also a huge factor whether or not your child chooses to start smoking. Obviously, parents are the most influential part of a child’s life until they reach adolescence. A child with a smoking parent is twice as likely to start smoking than a nonsmoking parent.

Other parental choices for their children are also factors such as having a relaxed attitude toward smoking instead of educating them on the dangers. Letting them watch movies and television that display smoking in a relaxed and ‘cool’ manner, will also contribute to the child pursuing smoking.

People can easily be misled by advertising. In the past when tobacco companies were allowed to advertise on television and radio there would be ads depicting tobacco as giving people vitality, vigor and happiness. Even though those ads are long gone, the attempt to confuse the consumer remains.

Cigarettes now have brands that say “light,” ”ultra light,” “low tar,” and “menthol.” These are designed to make people think they are somehow less harmful and will therefore decide to smoke those instead of “regular” cigarettes. This is a dangerous and misleading rationalization.

The newest form of misinformation on the scene is the e-cigarette. This is a ‘vaping’ device that vaporizes a liquid and is inhaled. However, these liquids contain many chemicals including nicotine, glycerine, and other carcinogens found in cigarettes.

The media, specifically television and film, have always been a major influence on the public in terms of smoking. If people, especially young people, see how actors, actresses, and models look when they are smoking, they are inclined to emulate the look. This has been going on since the advent of television in the 1950’s, when smoking was in its prime, and continues today.

Everybody has stress in their lives. Some people decide to deal with their stress by smoking cigarettes. This is a tactic going back to the day of soldiers getting cigarette rations going off to war. While today’s stress levels are nowhere near the same, people with job or family stress often use cigarettes to “calm” themselves.

Cigarettes are also used as a replacement for prescription medication that may not be available as needed. Anxiety, depression, and other mental illnesses are just some of the ailments that are perceived to be temporarily relieved by smoking cigarettes. This is because the nicotine ingested goes straight to the brain and releases endorphins.

There are any number of ways that a person can start smoking but there is basically just one factor that keeps them coming back. Nicotine.

Nicotine is a naturally occurring substance in tobacco and is the “active” ingredient in tobacco, much like THC is the “active” ingredient in marijuana. Small amounts of nicotine give the smoker positive feelings and takes away negative feelings. This is because the brain is being flooded with dopamine, and smokers will experience a small adrenaline rush.

Though there are many factors that contribute to people’s decision to start to smoking and quit smoking; there are far many more reasons to quit smoking.

Smoking cigarettes, or any other form of nicotine, is extremely hazardous to a person’s health. The chances of developing emphysema, bronchitis, disease, cancer, and heart disease increases significantly the longer a person smokes. Quitting smoking is the only way to stop the progression of these ailments and Clinical Hypnosis and Hypnotherapy is the best way to achieve this.

Joseph R. Giove is a licensed Clinical Hypnotist with over 30 years of experience helping people quit smoking, no matter how long they have been smoking for. His technique involves gently altering brain patterns so that a cigarette is no longer craved and eventually despised. There are no chemicals or carcinogens used as in other quitting methods, only the power of the mind. No matter if you have smoked for 30 days or 30 years, Joseph R. Giove and Clinical Hypnosis and Hypnotherapy can help you to achieve a smoke free life.