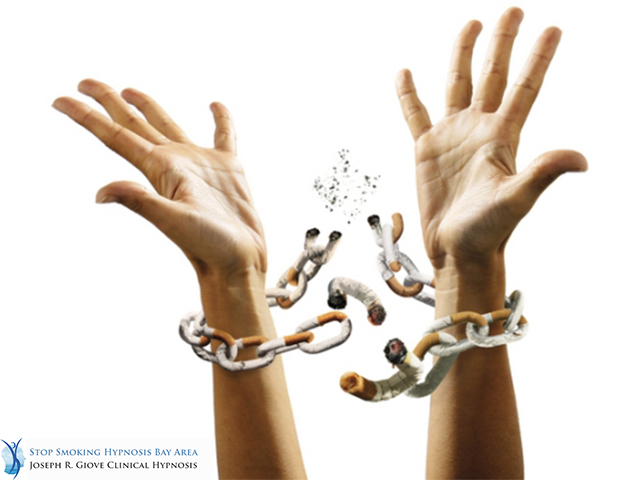 Quitting smoking is not an easy task, no matter how strong-willed a person might be. Nicotine is one of the most highly addictive substances in the world, and is comparable to being addicted to heroin. There are many different ways to try to quit smoking. Nicotine patches, gums, lozenges, or even the cold turkey method can work. Statistically, however, using Clinical Hypnosis and Hypnotherapy has the best odds for people to quit smoking for life. This article will discuss the different ways of quitting smoking, how effective they can be, and which method is best for each individual.

The nicotine patch is one of the most commonly used methods to try to quit smoking. It is a small adhesive patch that sticks to the skin and releases an amount of nicotine into the body that helps with nicotine cravings. The idea behind the nicotine patch is to give the body a regulated amount of nicotine to suppress the need to smoke cigarettes, and then gradually decrease the amount until it is no longer needed. These patches are available in different quantities of released nicotine, depending on how much and how long a person has smoked.

Gums and Lozenges offer the same type of nicotine replacement as patches, only they are used when the person feels a craving for nicotine, rather than having a consistent supply. Chewing gum or having a lozenge also has the benefit of giving the mouth something to do, other than smoking a cigarette. This method helps with both the physical addiction as well as the psychological need the brain develops after years of repetitive smoking actions.

These methods of gradually weaning off of nicotine are the most popular, so it could be argued that they are the most effective. They don’t allow for the smoking of cigarettes, but nicotine and other chemicals are still being transferred into the body. This means that these methods are not necessarily the safest way to quit smoking, but can be the easiest.

The fentanyl patch is a prescription pain reliever that is narcotic based and can be extremely habit forming and even dangerous if not used in the proper doses. They have many dangerous side effects to your health including overdose, fatal breathing problems, and is fatal to children and adults if ingested or not placed on the skin properly. Only a medical professional can tell you if this is the right method of quitting smoking due to the potentially dangerous side effects.

The method of quitting cold turkey means to simply pick a day to stop smoking and then cease smoking all cigarettes and nicotine products, hopefully permanently, after that day. This is a popular method of quitting smoking in that there are no other chemicals or potentially expensive products needed, making it very cost effective.

The downside of the cold turkey method is that the withdrawal symptoms can be quite intense, which will be discussed later in this article. With other methods there is a gradual withdrawal of nicotine from the system. This is not the case with the cold turkey method, and the shock of a lack of nicotine and other chemicals to the brain can cause some discomfort. According to the American Cancer Society, more than 80% of people who successfully quit smoking have done so using the cold turkey method. However, most experts do not recommend this method as it is quite a shock to the system. In order to achieve this high effectiveness rate the smoker will require a tremendous amount of support from friends, family, and others in their lives.

Nicotine is smoked or absorbed into the body in many ways. It provides a small stimulant in the brain and increases dopamine levels, giving pleasure. When you quit smoking and the brain no longer receives the nicotine and other chemicals, withdrawal symptoms can occur.
These symptoms include:

These symptoms can have varying degrees of intensity and length. Some symptoms are decreased using some of the quitting smoking methods seen in this article.

Smoking in general is hazardous to a person’s health, but at least for the most part smokers are only affecting themselves. Smoking while pregnant is particularly harmful and can have serious side effects, not only to the mother, but for the baby as well.

So what happens when a mother is smoking and is pregnant with a child? Nicotine, carbon monoxide, hydrogen cyanide, arsenic and many other harmful chemicals are released into the bloodstream of the mother when smoking. These chemicals are then transferred to the baby through the placenta and blood.
There are many risks to both the mother and baby:

The best way for a mother to protect her child before, during, and after pregnancy is to quit smoking immediately. This will greatly reduce the chances of many problems and illness that can have an impact on the baby’s life forever.
Using one or more of these methods to quit smoking is extremely useful in ensuring the mother and child’s health.

One of the most successful ways to quit smoking is by using Clinical Hypnosis and Hypnotherapy. This technique is more successful than other methods because it harnesses the power of the mind by gently changing brain patterns to allow the smoker to no longer crave cigarettes, or even to despise them.

Joseph R. Giove is a licensed Clinical Hypnotist with over 30 years of experience in this field. He uses no chemicals or carcinogens in the cessation of smoking. Only the power of the mind. Nicotine withdrawals can be quite harsh to some people and one way to calm these symptoms is to use Clinical Hypnosis and Hypnotherapy. It helps ease the overall intensity of the symptoms and relaxes the mind and body as to be as stress-free as possible when going through this difficult time.